30 taps in Downtown Freehold @ Court Jester and among those are two of my faves.  Dogfish Head 60 Minute IPA and Victory Hop Devil.  They are also the only place in NJ to carry Magic Hat Single Chair Ale.  It’s dubbed Jester Ale if you’re stopping in.  According to the management their taps change often and a few months ago, I convinced them to use BeerMenus.com so they’re off to a good start getting the beer word out.  Starting January 13th, The Jester will have Meet the Rep night.  Pretty excited for that!  Details to follow.

Stop in for a pint or two.

here’s Sam, my wife and I hanging out on NYE ! 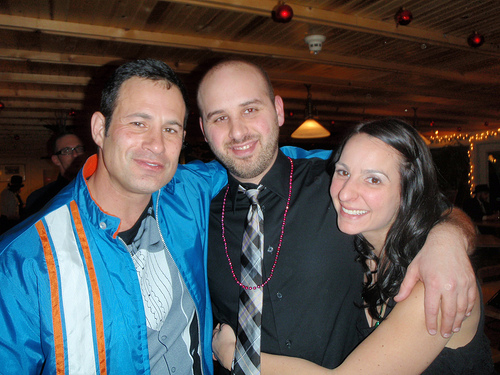